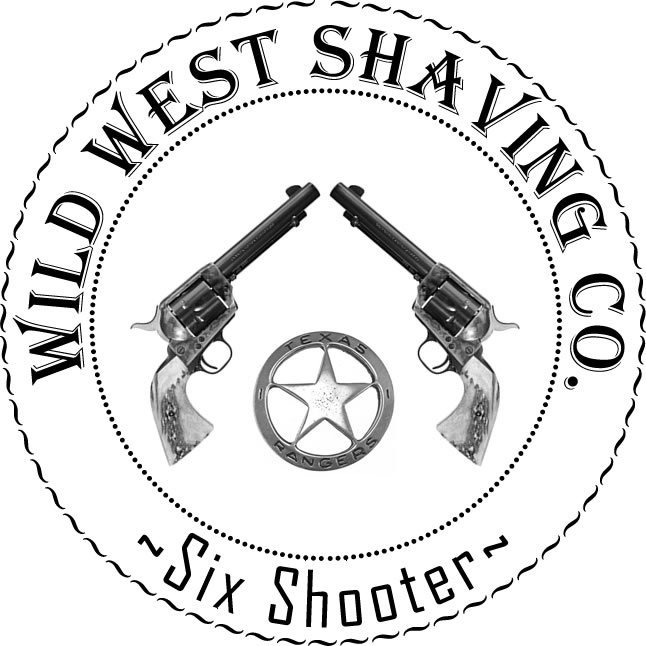 Six Shooter Shaving Soap - "If I Told Ya, I'd Have To Shoot Ya!"

A six shooter is a type of revolver that carries six cartridges.

A revolver is a repeating handgun that has a revolving cylinder containing multiple chambers and at least one barrel for firing. Revolvers might be regarded as a subset of pistols, or as an equal-ranking subset of handguns, distinct from pistols. Though the term "revolver" usually only refers to handguns, other firearms may also have a single-action revolving chamber.
The revolver allows the user to fire multiple rounds without reloading after every shot, unlike older rifles and single shot firearms. Each time the user cocks the hammer, the cylinder revolves to align the next chamber and round with the hammer and barrel, which gives this type of firearm its name. In a single-action revolver, the user pulls the hammer back with their free hand or thumb. The trigger pull then releases the hammer, causing a functional and loaded gun to fire the bullet from the readied chamber. Because of the nature of this mechanism, the majority of revolvers are fully manual, requiring the user to cock the hammer before each shot, and then cocking it again for the next. This required action directly led to the development of the "quick shot" cocking technique associated with cowboys and the American Wild West, in which a shooter holds a revolver handgun steady in their dominant hand, while keeping their non-dominant hand poised just above the hammer while firing, allowing for much faster cocking than if the shooter was using both hands to steady the gun.