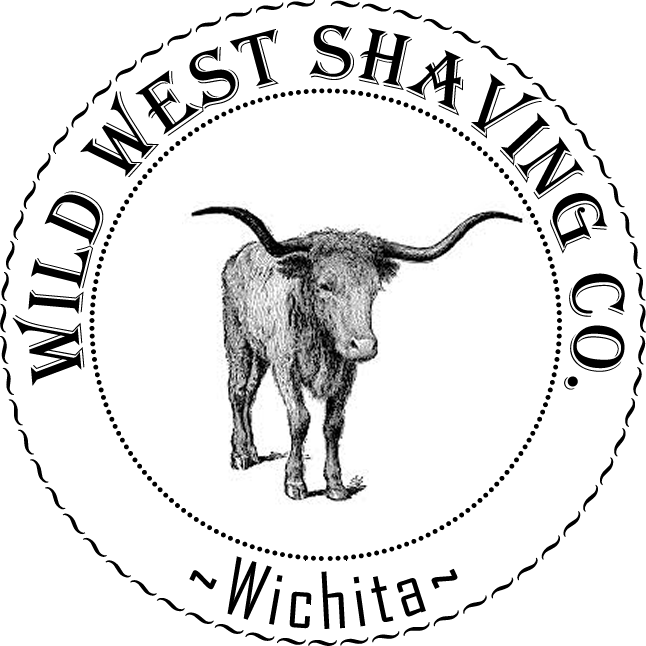 Archaeological evidence indicates human habitation near the confluence of the Arkansas and Little Arkansas Rivers, the site of present-day Wichita, as early as 3000 B.C.[16] In 1541, a Spanish expedition led by explorer Francisco Vázquez de Coronado found the area populated by the Quivira, or Wichita, people. Conflict with the Osage in the 1750s drove the Wichita further south.[17] Prior to American settlement of the region, the site was located in the territory of the Kiowa.[18] Claimed first by France as part of Louisiana and later acquired by the United States with the Louisiana Purchase in 1803, it became part of Kansas Territory in 1854 and then the state of Kansas in 1861.[19][20]

The Wichita returned in 1864 due to the American Civil War and established a settlement on the banks of the Little Arkansas.[21][22] During this period, trader Jesse Chisholm established a trading post at the site, one of several along a trail extending south to Texas which became known as the Chisholm Trail.[23] After the war, the Wichita permanently relocated south to Indian Territory (present-day Oklahoma).[22]

In 1868, trader James R. Mead established another trading post at the site, and surveyor Darius Munger built a house for use as a hotel, community center, and post office.[24][25] Business opportunities attracted area hunters and traders, and a new settlement began to form. That summer, Mead and others organized the Wichita Town Company, naming the settlement after the Wichita tribe.[21] In 1870, Munger and German immigrant William "Dutch Bill" Greiffenstein filed plats laying out the city's first streets.[25] Wichita formally incorporated as a city on July 21, 1870.[24] 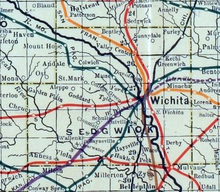 Wichita's position on the Chisholm Trail made it a destination for cattle drives traveling north from Texas to access railroads which led to markets in eastern U.S. cities.[23][26] The Atchison, Topeka and Santa Fe Railway reached the city in 1872.[27] As a result, Wichita became a railhead for the cattle drives, earning it the nickname "Cowtown".[23][26] Across the Arkansas River, the town of Delano became a popular entertainment destination for cattlemen thanks to its saloons, brothels, and lack of law enforcement.[28] The area had a reputation for violence until local lawmen, Wyatt Earp among them, began to assertively police the cowboys.[23][26] By the end of the decade, the cattle trade had moved west to Dodge City. Wichita annexed Delano in 1880.[28]