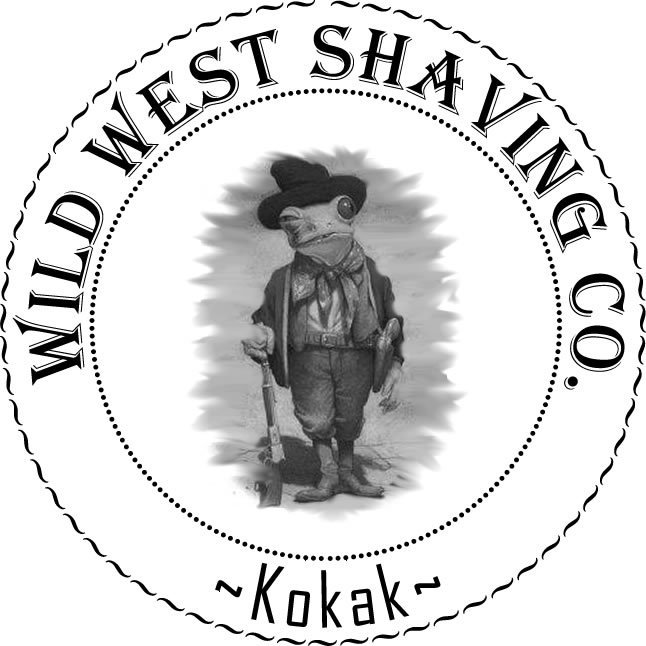 Kokak... A name which is shrouded in mystery and legend.

No one really knows where he came from, or when he was born... But legend has it that he was the fastest shave in the west. Master of straight razors and wielder of double edged weapons. And, he also carried with him a whole collection of magical soaps that would make even Mr. William's bend a knee.

Yes, like any other gunslinger of their time, he carried a pistol at his side... But this was only a guise!

As legend would tell, there once was an encounter with a scruffy mean mugged gunslinger in a showdown of skills, in which Kokak, in the heat of the moment before the draw, suddenly dropped his gun belt to the ground, taking the opponent in shock that he now had such an easy mark!

Until... All became a blur and flurry of glinting steel and swishing of air! And, at the end of this hurricane of madness, there stands Kokak's opponent, with a clean shaven face!

The thwarted gunslinger, in his awe, then realized he had met his match, and gave a bow of gratitude to Kokak for sparing his life. For surely, if Kokak could do this with a mere razor, who could face him with a gun and live to tell it?

Some say, that sometimes... Out in the desert on a quiet night, that you can hear the swishing of air, and a see flashes of light, and under the stars in the pale moonlight... Maybe... Just maybe... You will catch a glimpse of him honing his blades.

This scent is a tribute to Tom Simonis, who currently owns every scent profile from Wild West Shaving Co.
Save this product for later